The Unexpected Consequences of Pokémon Go

Game companies Nintendo and Niantic have joined forces to create an augmented reality video game that is taking the world by storm. Pokémon Go was released on July 6th, 2016, and has since been downloaded by more than 15 million users (source: USA Today). People all over the world are enthusiastically involved in the game – but as interest continues to rise, so does the number of unexpected consequences. Our personal injury attorneys at the Lake of the Ozarks are here to investigate the unintended consequences of this new cultural phenomenon. 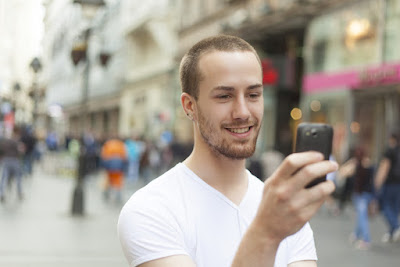 Pokémon Go is an innovative video game that brilliantly combines the real world with a virtual reality. The game system uses the camera feature on smartphones to visually overlay digital images of Pokémon creatures on, in, and around real-world locations and landmarks people visit. By traveling to real-life places and landmarks, players can capture and build up their army of Pokémon creatures.

The Unintended Dangers Of Pokémon Go

Unfortunately, Pokémon Go players are experiencing a wide variety of unintended consequences. Specifically, players are injured while playing the game on a surprisingly consistent basis. The first injuries occurred within minutes of the game’s initial release, as is recorded in this post on Reddit:

“Not even 30 minutes after the release last night, I slipped and fell down a ditch. Fractured the fifth metatarsal bone in my foot, 6-8 weeks for recovery. I told all the doctors I was walking my dog lol… Watch where you’re going, folks!”


In the weeks following the release, the Pokémon Go-related injuries have continued to rack up. Players have reported vehicles running into trees, skateboarding accidents, car wrecks, and pedestrians being hit by oncoming traffic. Some of the car accidents have been relatively minor (such as individuals running their own vehicles off the road and/or into trees), but some have been catastrophic. For example, a driver in Massachusetts caused a major accident when he stopped in the middle of the highway to catch a Pikachu.

Who Is Responsible For The Injuries In Pokémon Go-Related Accidents?

As more and more people begin playing the game every single day, the chances for injuries continue to increase. Fortunately, many of the injured players thus far have been quick to take personal responsibility for their minor accidents, but it is critical that players understand their legal rights and responsibilities when it comes to playing the game.


In order to play the game, players must accept the terms of service Niantic has outlined for their game. These terms explicitly state that by accepting, players take full responsibility for any injuries suffered during play and that they are required to abide by the law at all times. Once they have accepted the terms, players cannot hold Niantic liable for any injuries incurred during play. This means that players cannot seek compensation for any injuries; they will be responsible for covering the costs themselves.

Because the game is still so new, the consequences for many situations remain to be seen. Consider, for example, the example of the Massachusetts man who caused the car accident. If he is deemed at-fault in the eyes of the law, he may not only be responsible for his own repairs/medical bills – he (and his insurance company) may also be required to compensate the other drivers involved. Because he had to accept Niantic’s terms of service before being allowed to play, he will not be able to seek any compensation from or pursue any legal action against the game company.

Other Dangers Of Pokémon Go

Unfortunately, personal injuries are not the only unintended consequences of Pokémon Go; other associated consequences include trespassing, emotional scarring, and robbery. Though Niantic’s terms of service state that players are not allowed to “enter onto private property without permission,” there are countless stories of people trespassing while playing the game. A female player in Wyoming suffered some emotional trauma when she was hunting for Pokémon creatures by a river and discovered a body floating in the water. Four suspects were apprehended in O’Fallon, Missouri for using the game to lure players to a certain secluded location and robbing the victims (eleven players between the ages of 16 and 18) at gunpoint.

Our Personal Injury Attorneys Are Here For You

If you have suffered injuries (or other legal situations) relating to Pokémon Go, it is important to discuss your options with an experienced Missouri personal injury attorney. Though you may not be able to seek compensation if you were solely responsible for your injury, you may be able to take action against another player if your injuries were due to his/her negligence. For more information about our personal injury services in Lebanon MO, visit our website at www.DeputyAndMizell.com or call our firm at 1-877-532-2191.

Representing Clients Across the Mid-Missouri Region